What will I be like, when I grow up ?

Ullälvas Dofri was born totally white with rosy ears. After some time the fur grew darker on the ears. 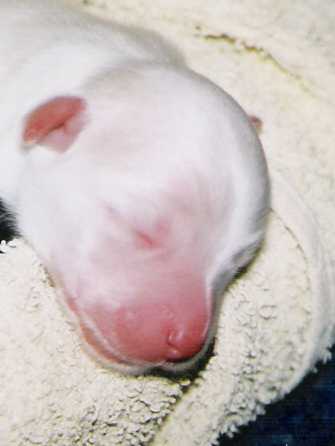 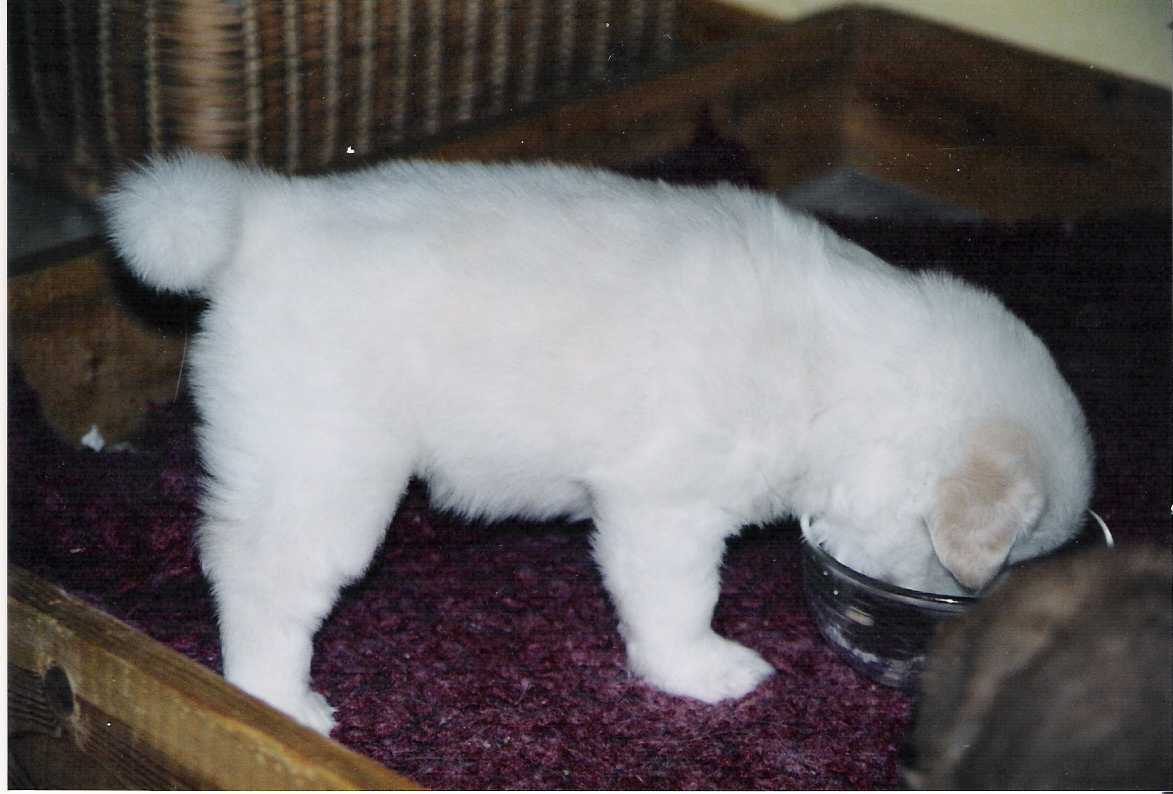 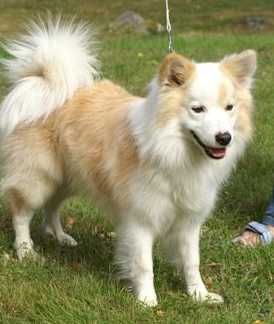 Bersi av Isheim was born chocolate brown and white and will keep that colour. Bear in mind that a dog with a black nose never can be brown. 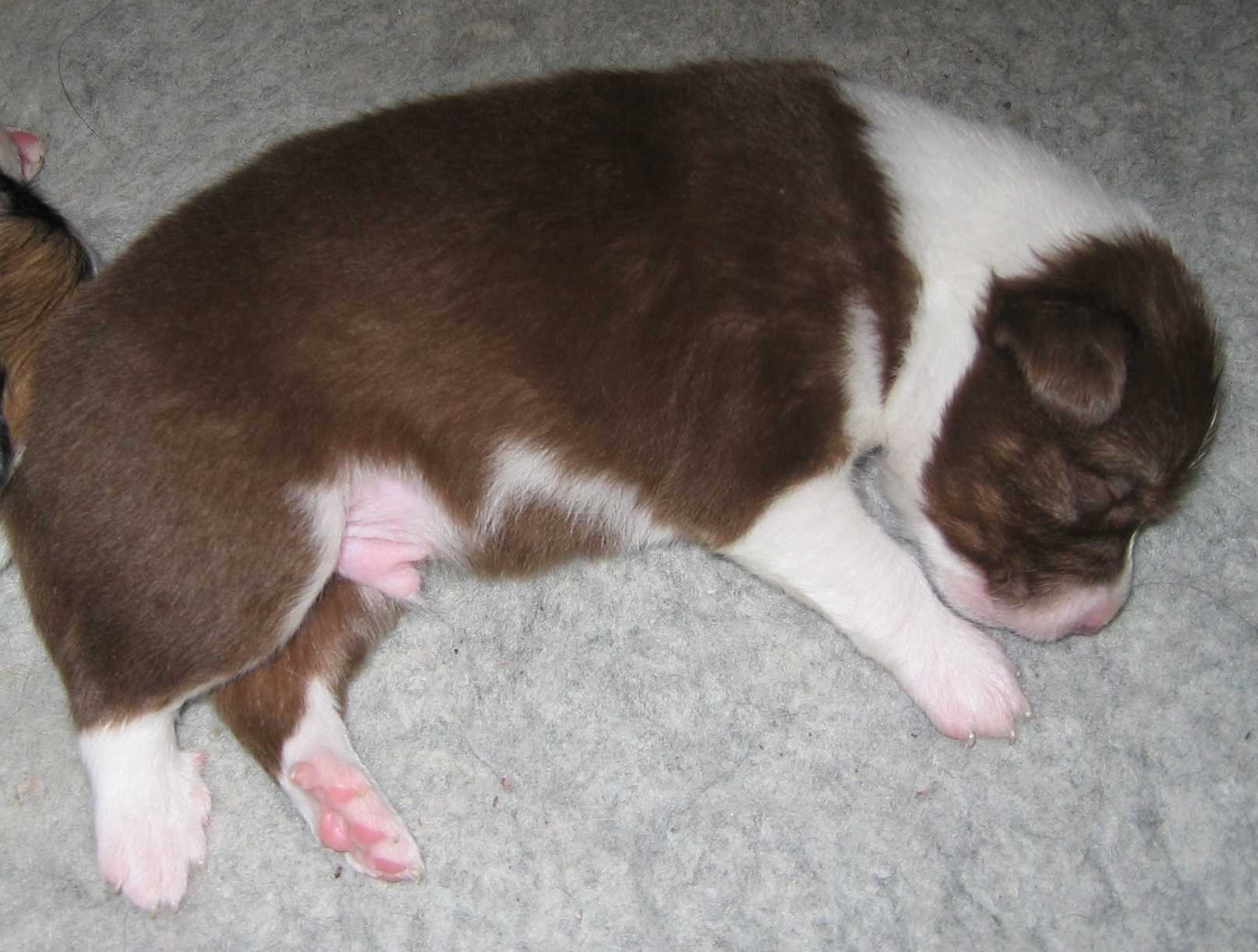 Little Ullälvas Tindra rests on her moms thigh and here, the difference between her chocolatebrown colour and mum Tinna's red fur shows clearly. 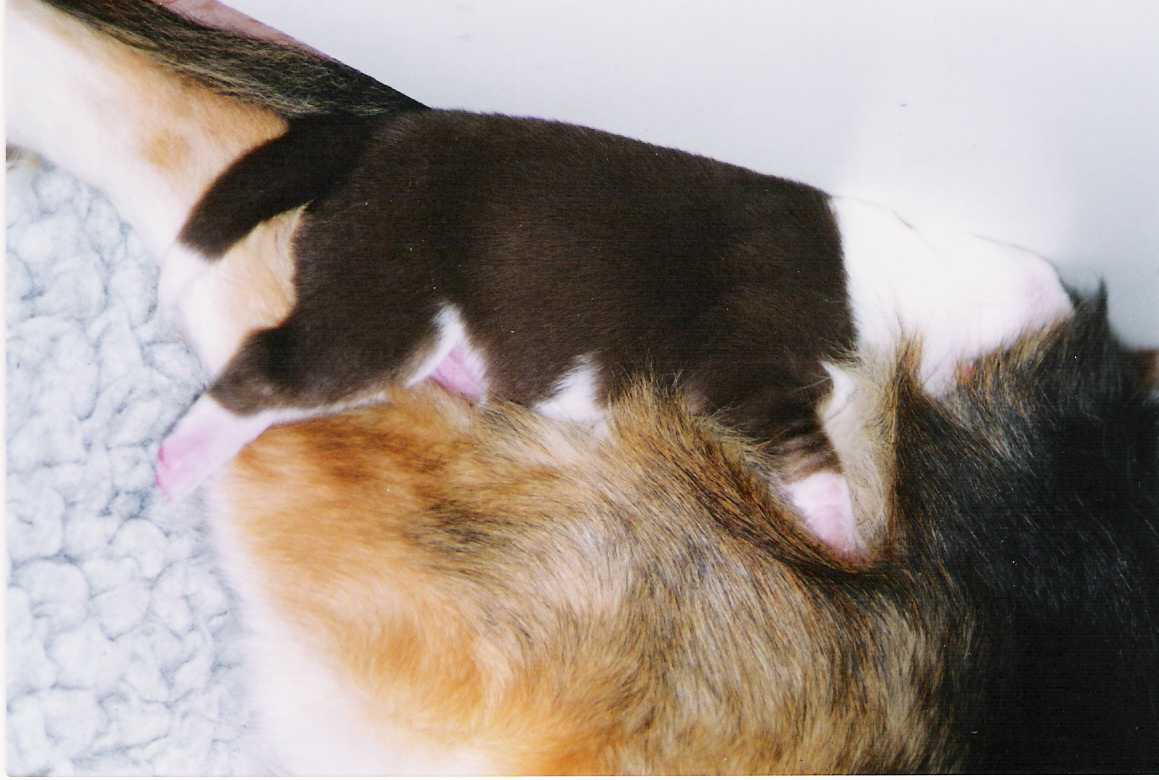 Ullälvas Smári looked like this when he was young and as an adult he became this colour. He has brown pigment and a reddishbrown coloured fur. 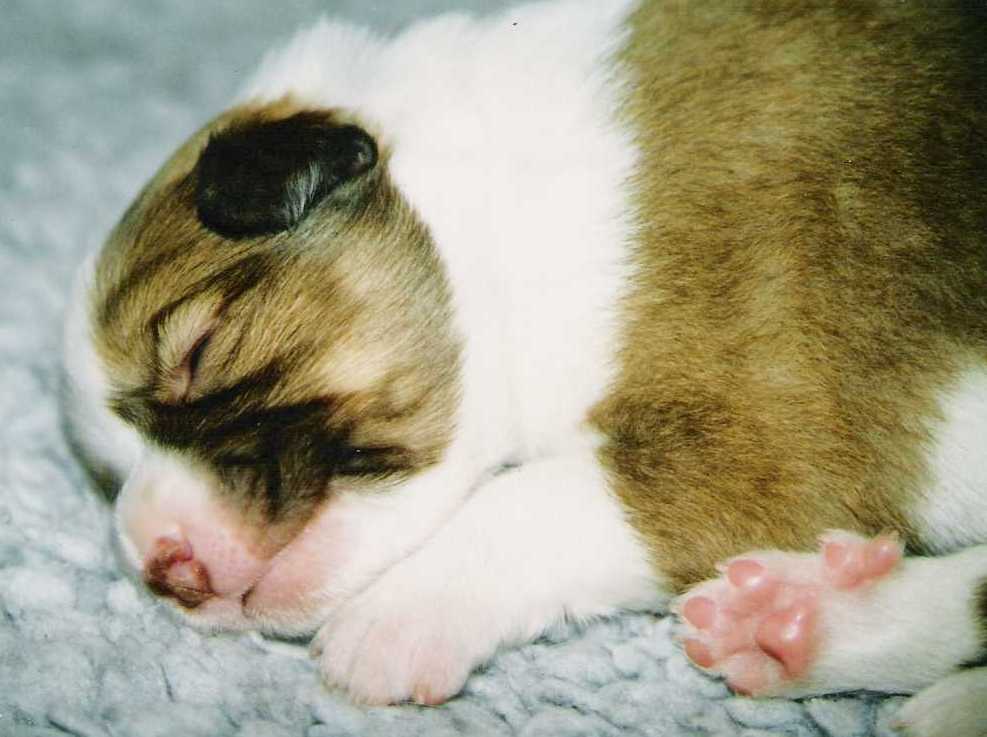 Here are the litter brothers Snati and Sigfús av Isheim. 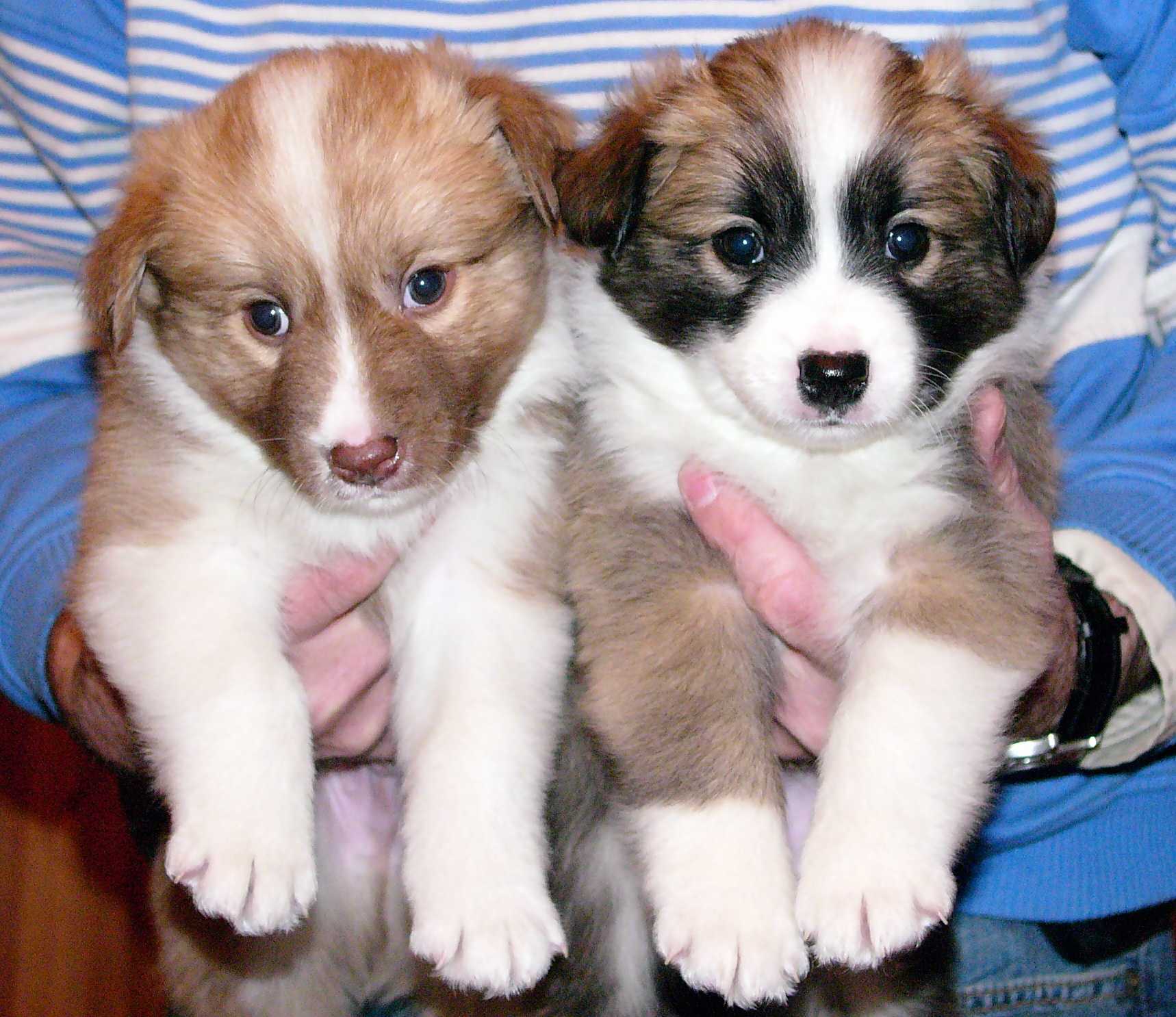 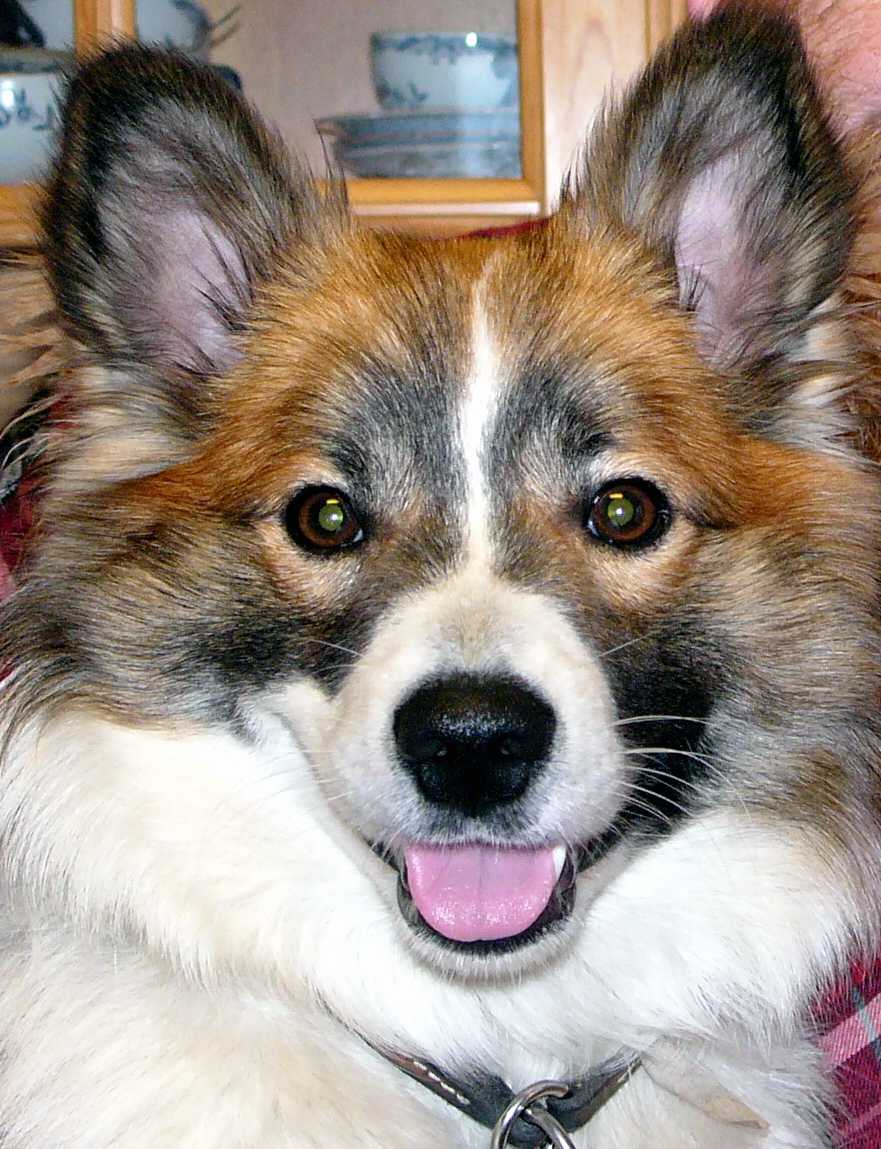 Tri-coloured dogs are born black and white. The red colour between the black and the white appears later. Follow Ullälvas Tinna's development from black-and-white puppy to tri-coloured adult dog. 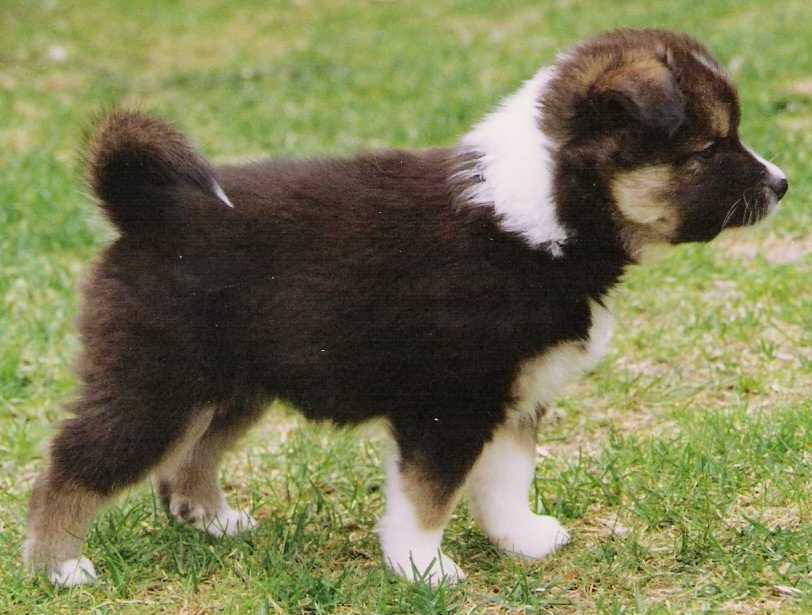 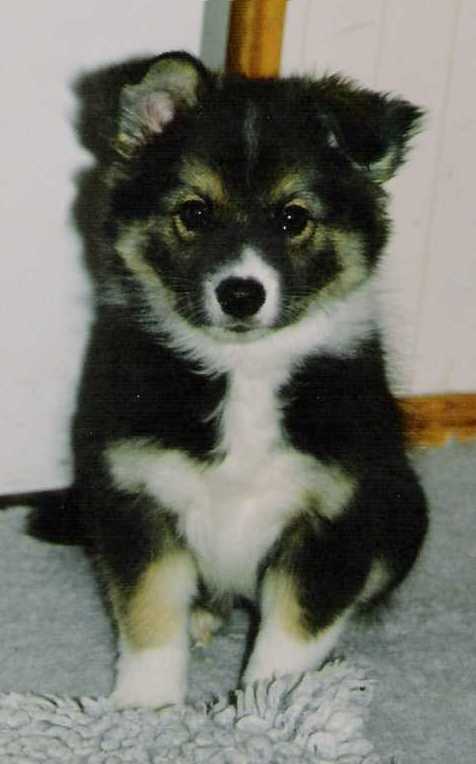 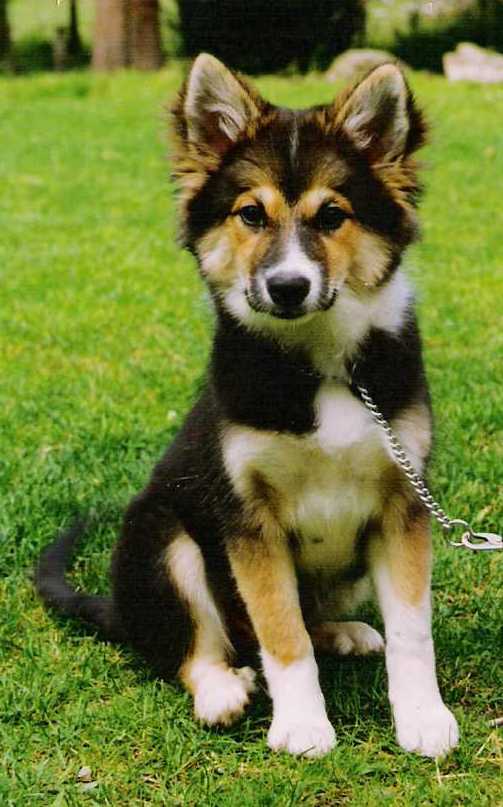 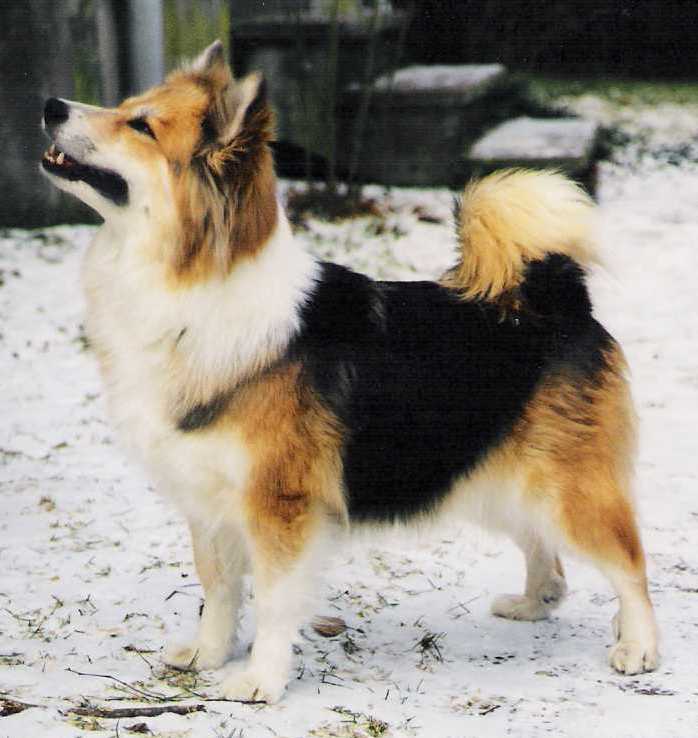 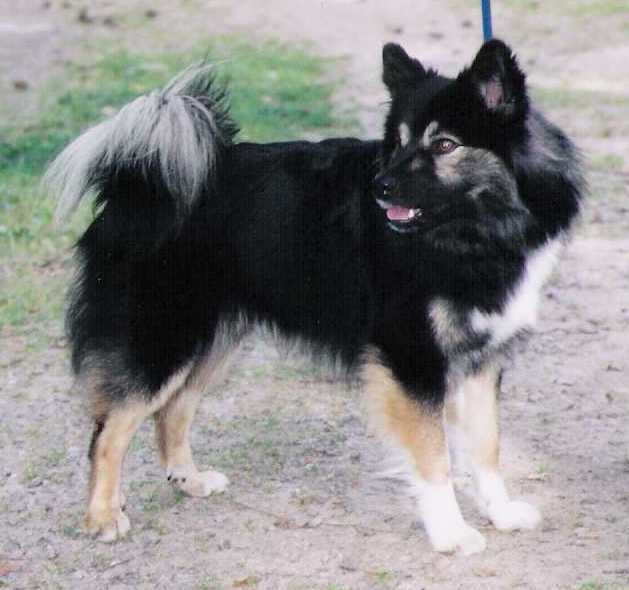 Grási av Isheim was almost grey as a puppy, and here you can see the difference between him and his red brother. 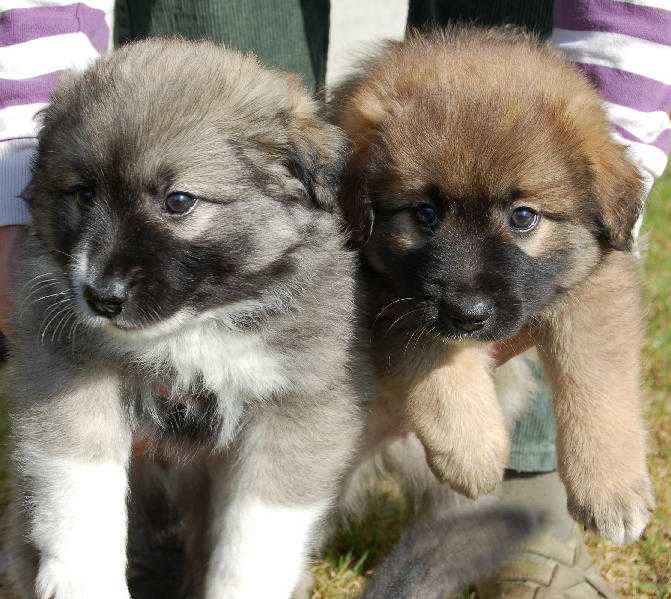 What colour Grási's will be when he grows up we do not know yet . Possibly he will look like his older half-brother Tiko av Isheim below. 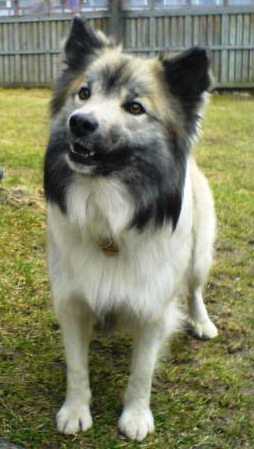 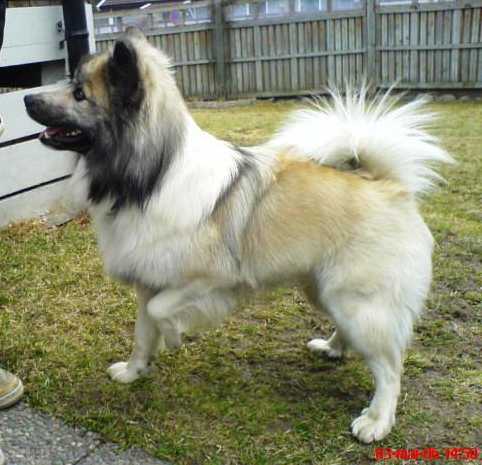 Red dogs appears, in many shades, from light to dark redshades. Bear in mind that the black mask on the nose often (always ?) disappears. These red puppies come from two litters. Litter 1 after MultiCH Ullälvas Smári and Embla. Litter 2 after Ch Sköni and CH Ullälvas Eydis. The cousins really appreciated to playing together. 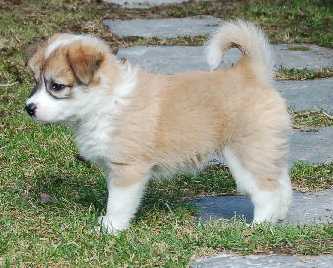 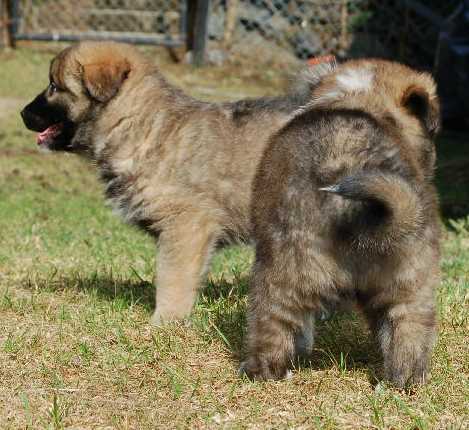 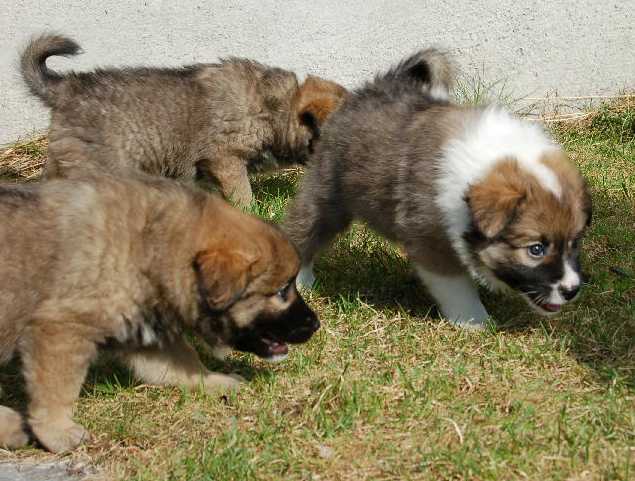 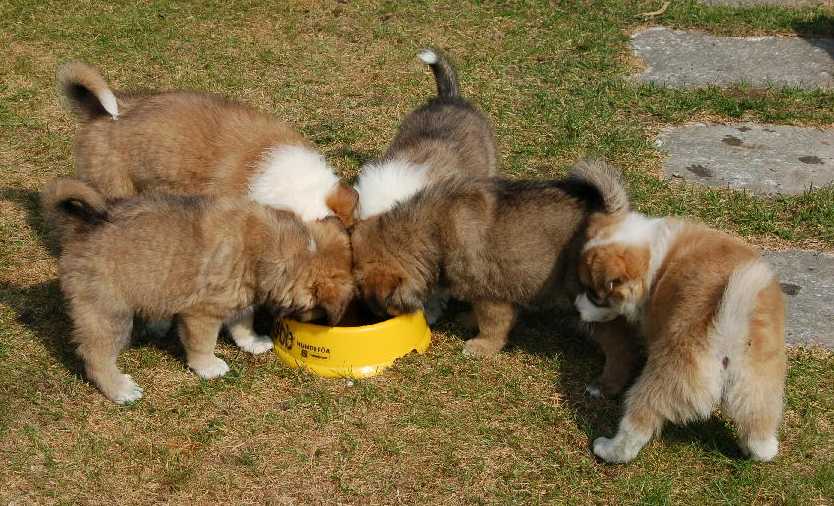 Here is a group of red dogs. 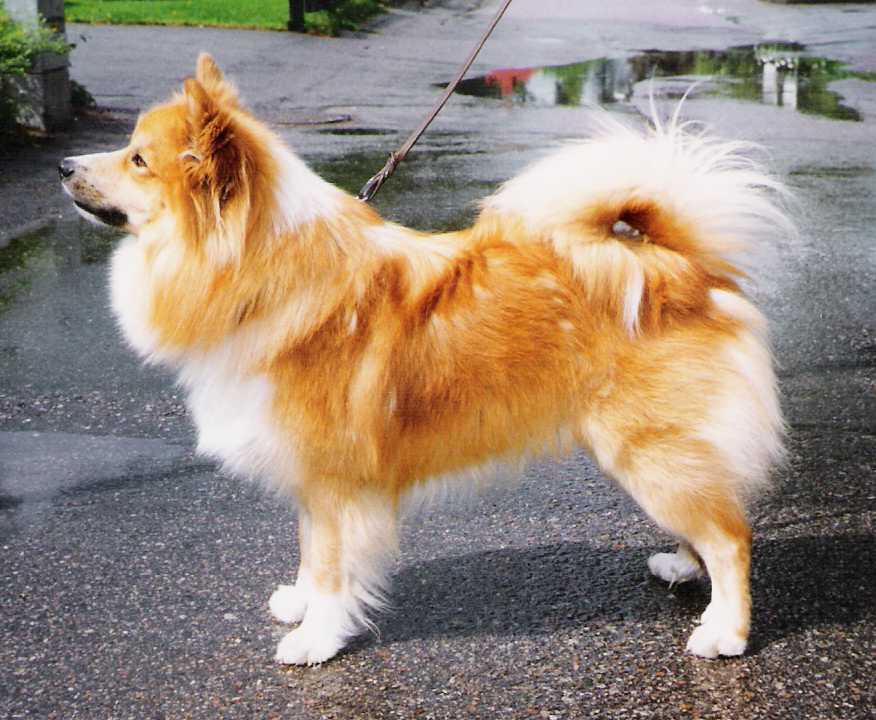 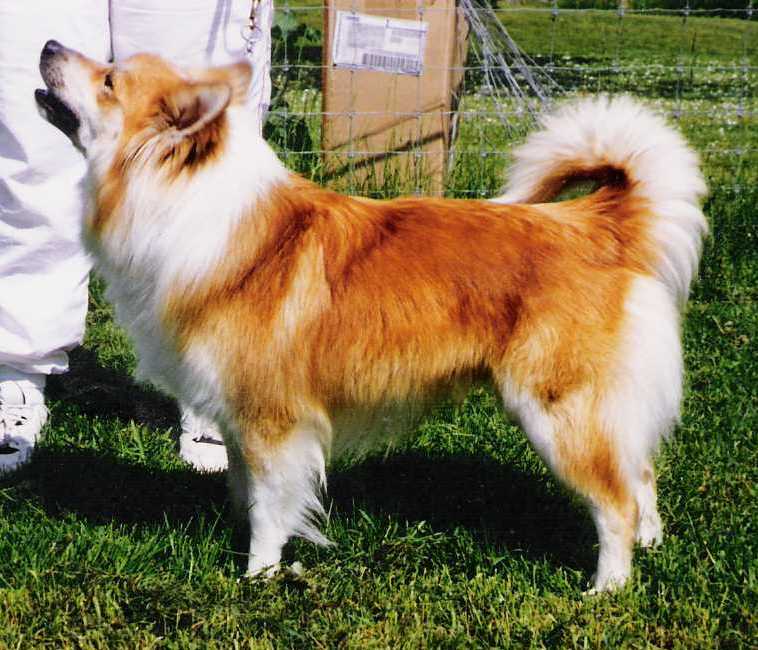 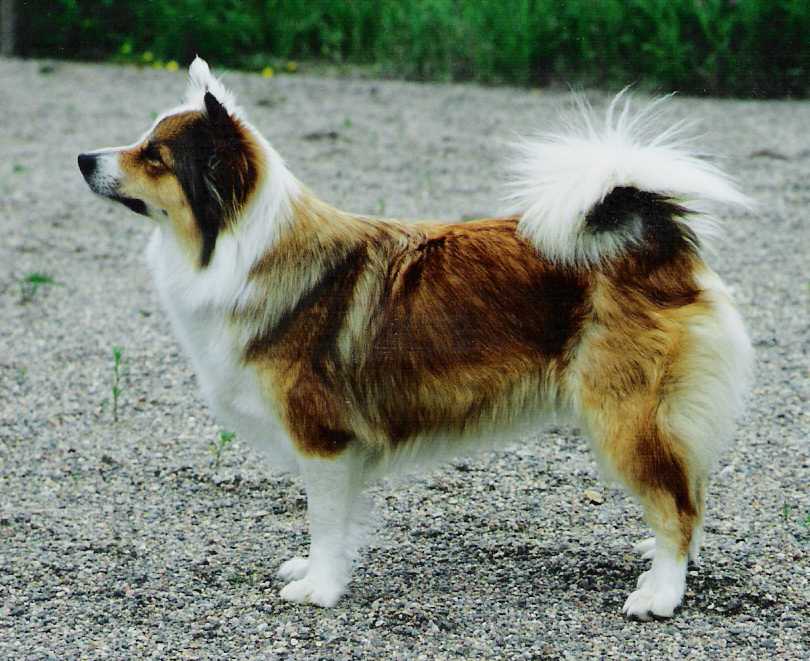 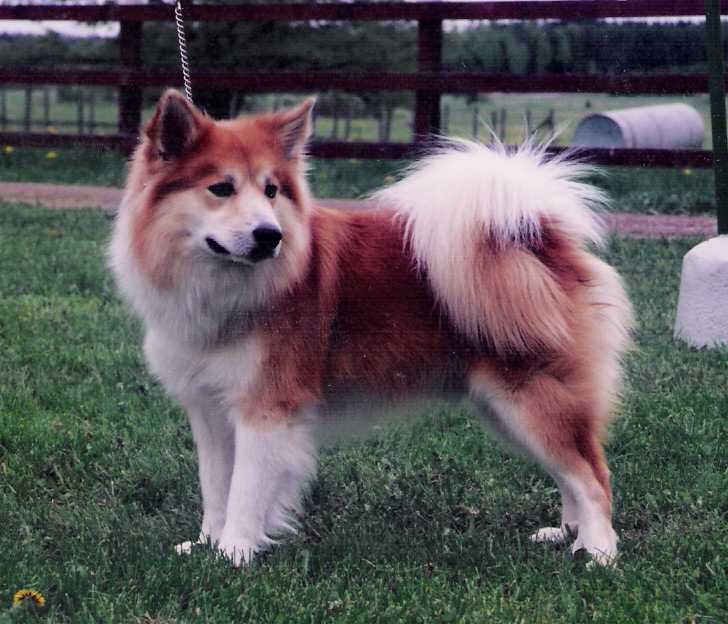 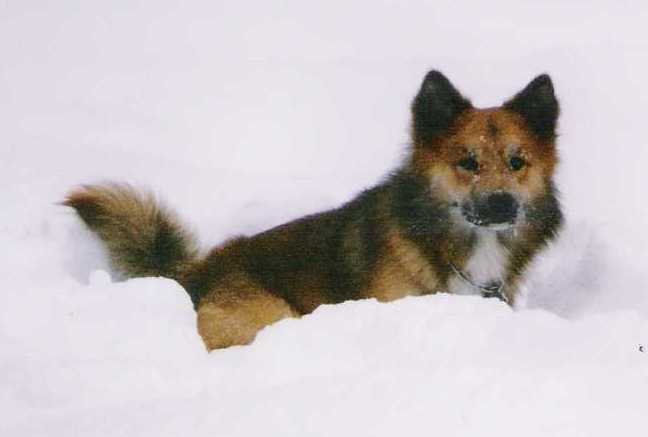 Yellow Stelpa av Björnli with a quartet of different coloured puppies after the red dog Iskristallens Spoi. None of the puppies have got the same colour as their parents. 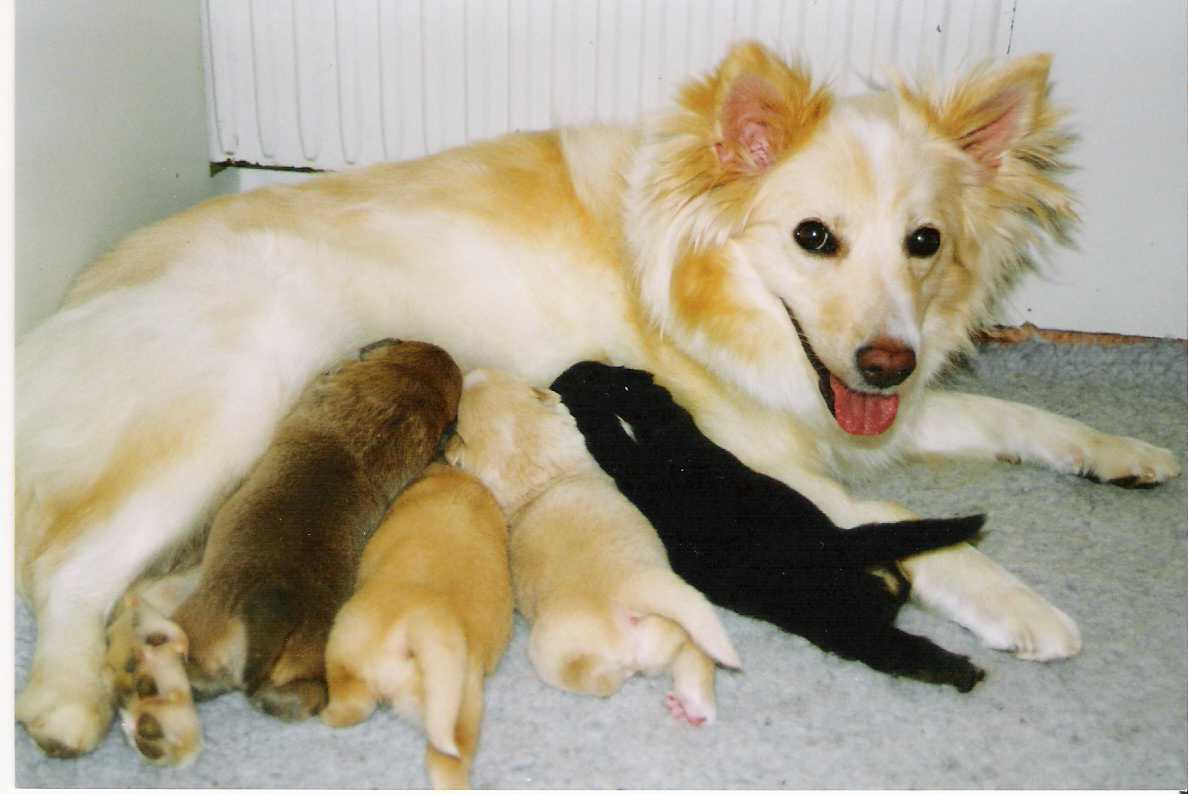 back to the front page