Brown is an unusual colour for Icelandic sheep dogs, so when Ullälvas Smári and Sigga av Isheim got two chocolate brown puppies and three lighter brown, we were very surprised.

In our kennel today there are three of these puppies. They were born on the 28th of October 2005 and are now grown up. Today they look like this, pictures taken beginning of August 2007. 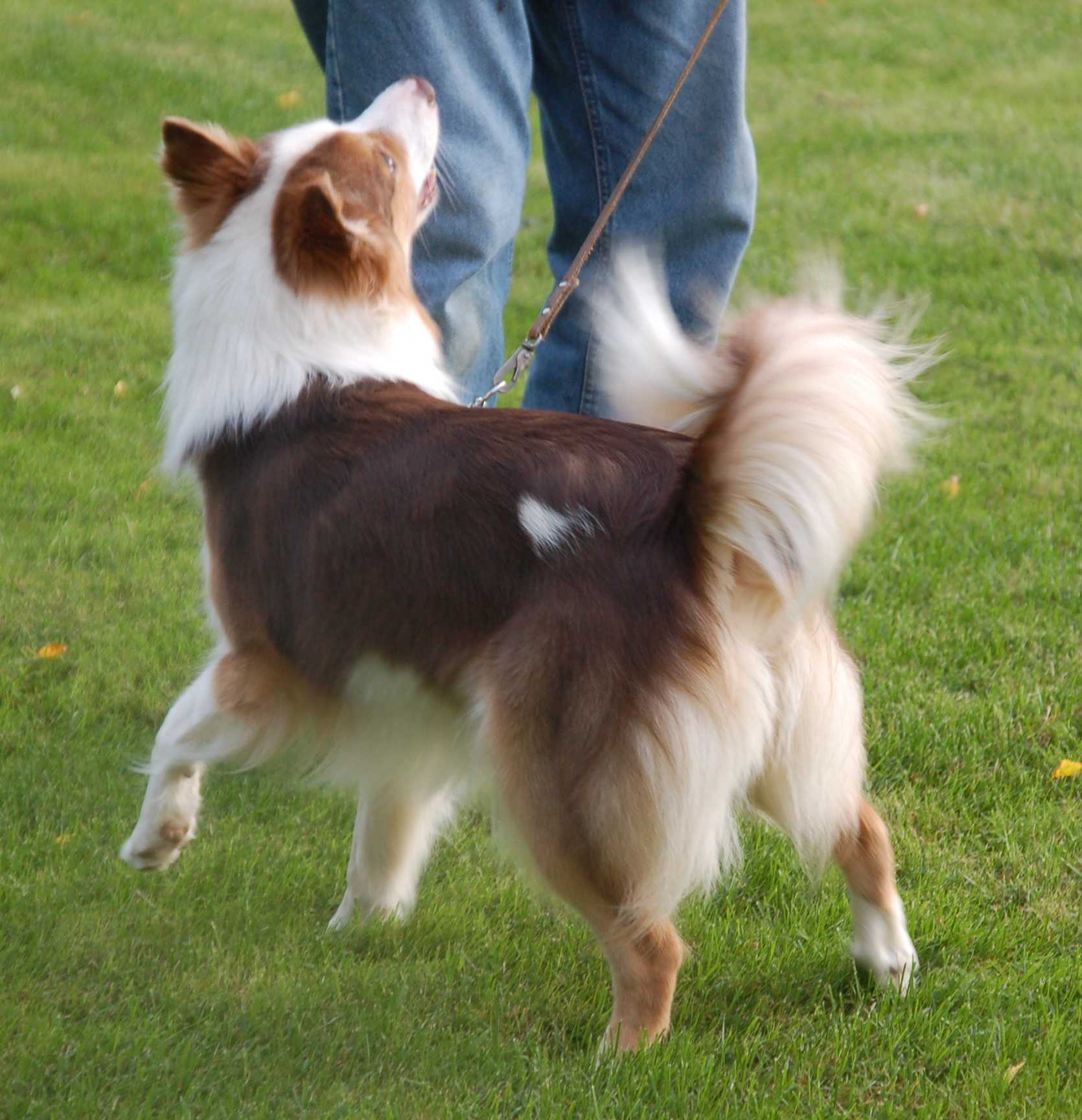 Bersi posed nicely amongst horses and bitches in heat in front of a barn but his sister Bersa was a little more shy. Her tail was greatly influenced by the earths gravity as soon as a camera was near by. Perhaps a heritage from  her grandfather Garpur.

It is Smára’s morning job to come with us when we release the horses into their pasture. The picture of her is taken on a wet morning.

The gang are now X-rayed and have passed the needle eye. Bersi and Bersa have an A and Smára have a B.  They now also have been eye checked with no remarks.

They also have been to dog shows. Smára has been most successful. She had got two CACs and two BOS when she was 9 months and 8 days old.

In may 2007 Smári and Sigga had litter no 2 together and here they got one male little Smári that seems to have got the same colour as his father and a bitch that was dark brown when born. Her name is Öskubuska (Cinderella) and her coat have today lightened a bit so it shall be exiting to see what shade of brown she will get growing up.

(Perhaps I was a cowboy in an earlier life ?)