The history of Kennel Isheim.

Kennel Isheim was established by Eva Tunheim in 1991, but there is a story further back in time.

I grew up with Norwegian Elkhound Grey, 4 dogs in line, that my father used as farm-, guard- and hunting dogs.

Eva grew up with English setters.

In 1972 we bought Skippy, a Shetland sheepdog. He was with us at all times. Skippy lived for 10 years.

After Skippy we bought the bordercollie Scotty, but Scotty developed epilepsy and had to be put down in 1985.

After Scotty Eva started reading every available books about dogs. This time we would have a dog that was healthy without any known diseases. Our choise was an Icelandic sheepdog. After making up her mind, Eva got in touch with the Norwegian Kennel Club (NKK) and got a list of all registered breeders in Norway, but in 1985 there were very few litters and no puppies available.

In December 85 she made contact with the owner of kennel Vårtun in Surnadal. They had a male puppy, 6 months old, that had they actually thought of keeping themselves. But Eva convinced them to sell it to her and in a freezing cold of a snowstorm Siggi of Vårtun was put in a cage on the night train from Trondheim to Oslo.

We had  never seen an Icelandic sheep dog in real life before, so Sigge was bought unseen. Little did we know at the time, when we took a scared "little fox" out of the railway station, that it would develope into be the most winning male in Norway of that time. 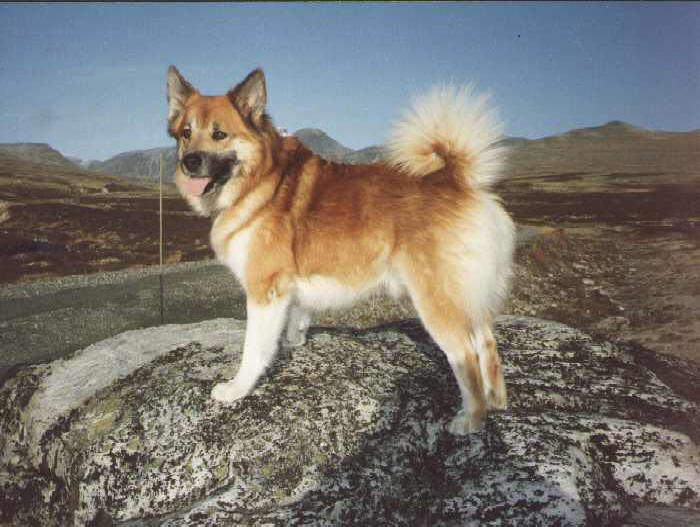 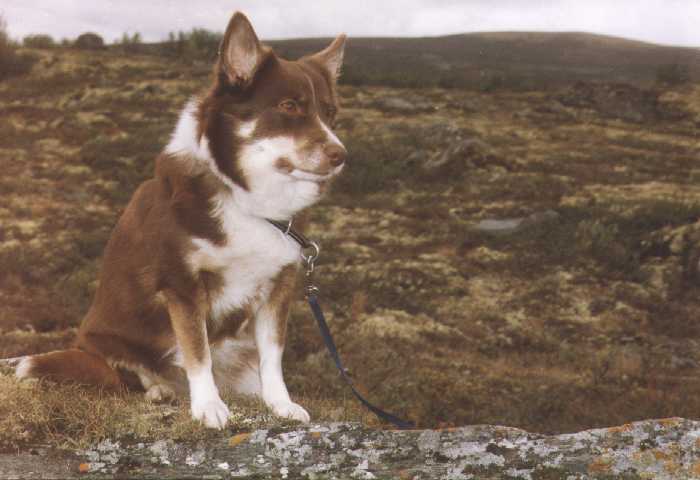 Askja had 5 litters with 24 puppuies altogether. 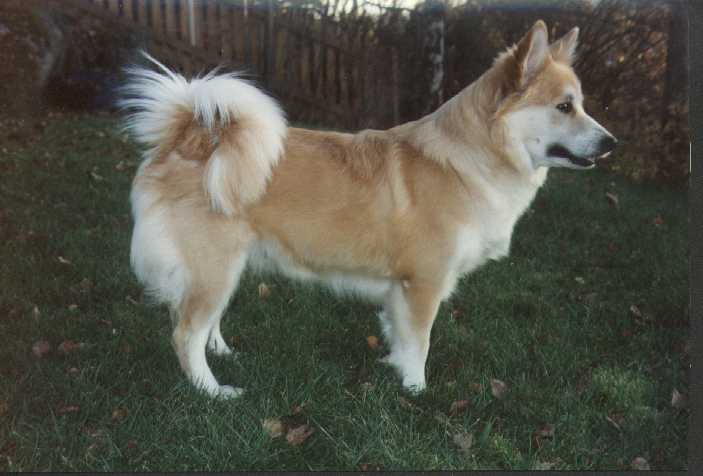 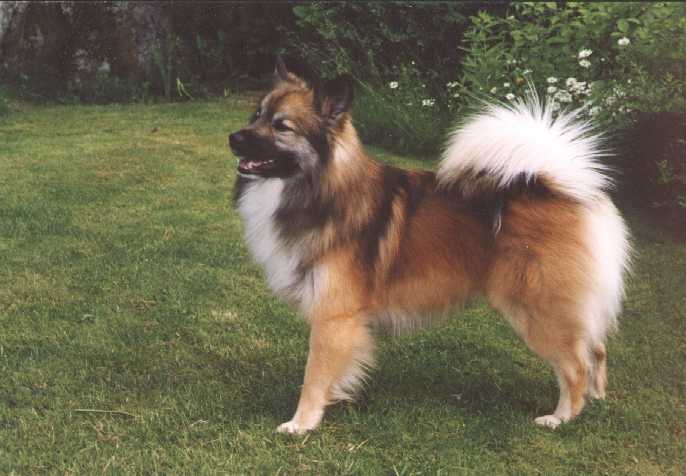 Jonina had 3 litters with 18 puppies all together (still holding the Norwegian record of 8 living puppies in one litter). 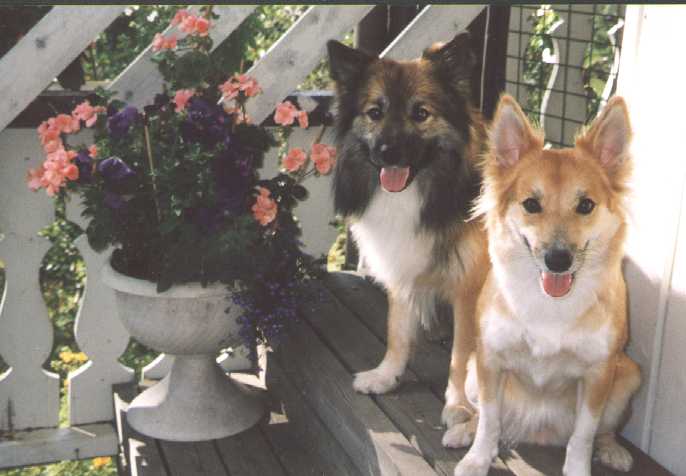 Gryssli og Jonina on the terrace.

In may 2000 Eva died of cancer and I had to transfer Kennel Isheim to my name.

Before Eva died she had made an agreement with Lillemor Kullman, Kennel Ullälva in Sweden, that if Lillemor had a bitch puppy in her next litter, she would buy it.

I kept this deal with Lillemor and in the autoumn of 2000 I picked up Ullälvas Eydis in Linköping. 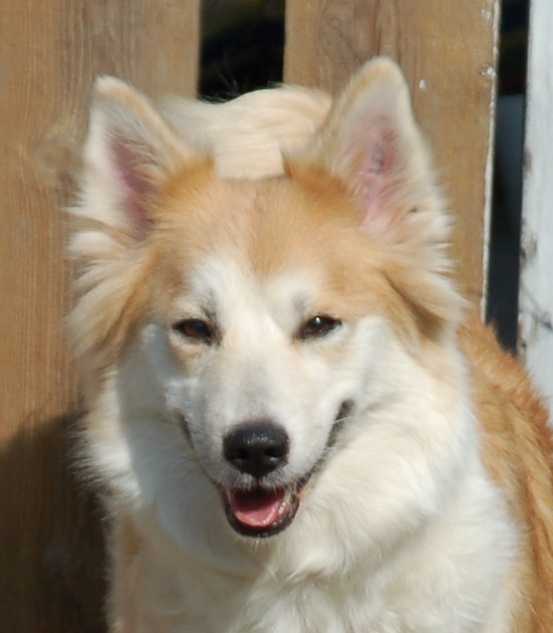 In the summer of 2003 Eydis had her first litter with Skreppeng's Gryssli as the father and I kept one bitch, Sigga av Isheim. 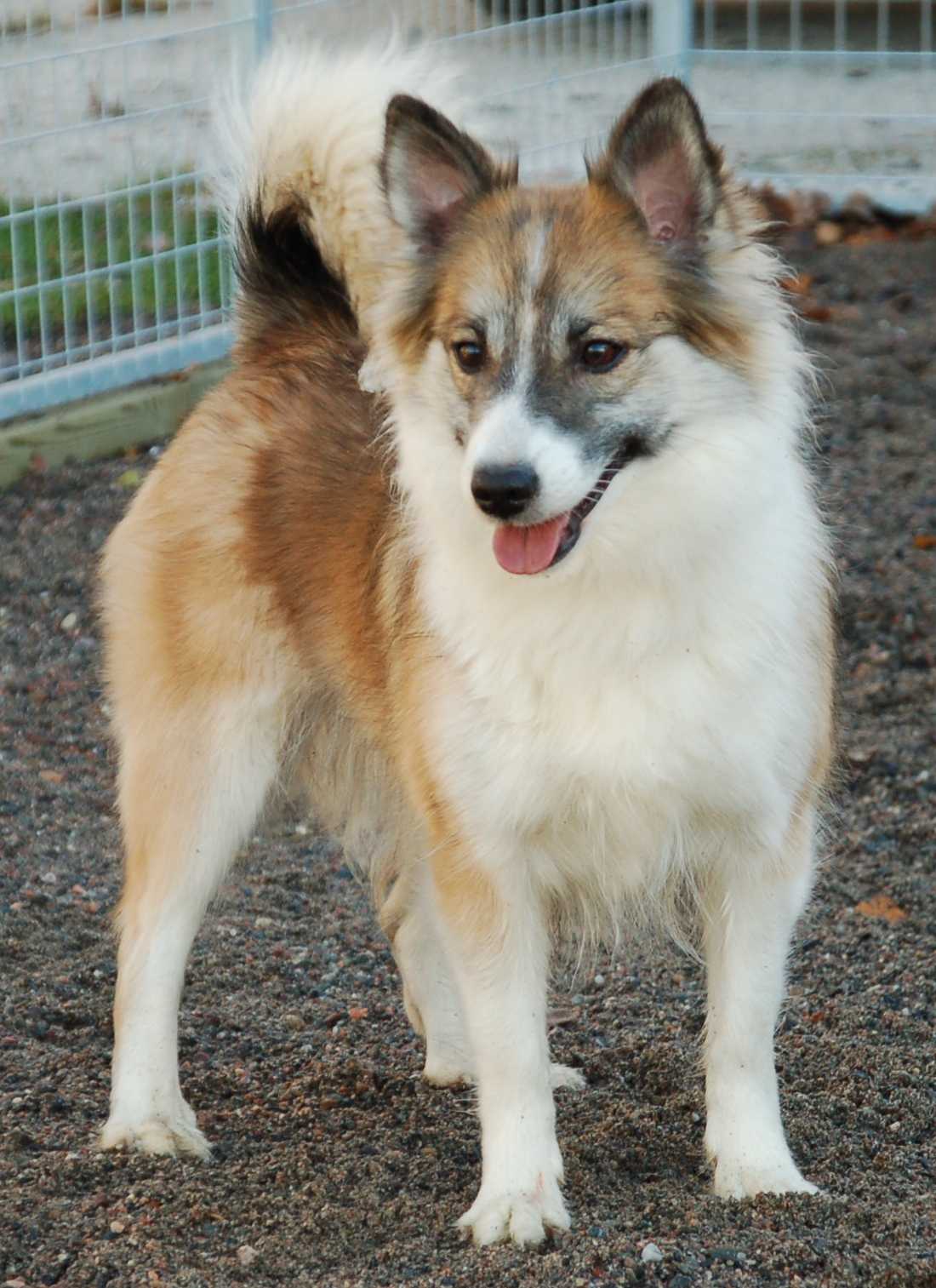 In the autumn of 2005 Sigga was mated with Ullälvas Smári and in that litter were 5 brown puppies, one red/white and one tricolour.

I kept the 2 dark chocolate brown ones, the male Bersi and the bitch Bersa. 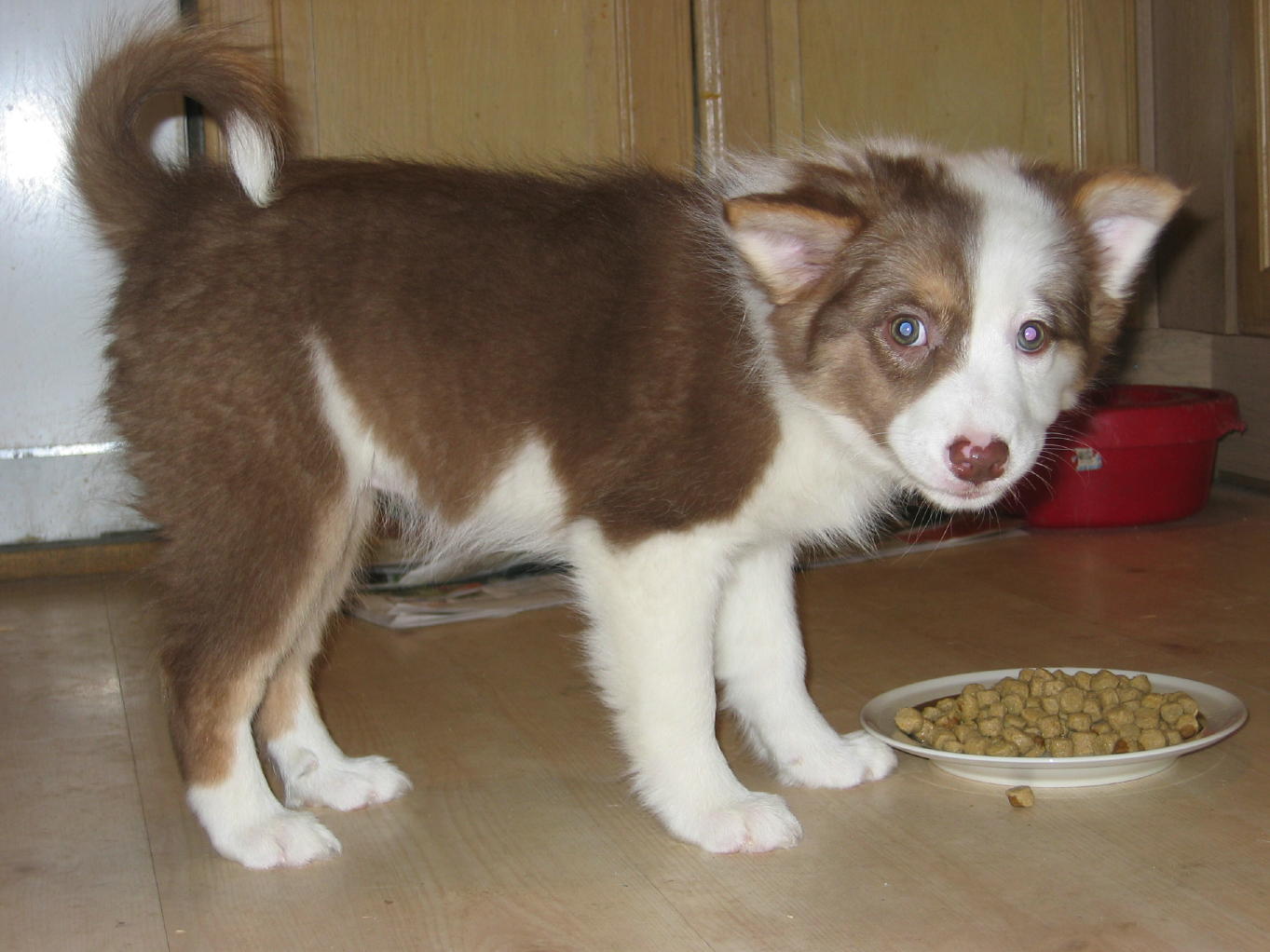 Back to the front page